What is dgraph/standalone downloading and running?

I followed quick-start to run dgraph docker image, and when I run the container for some minutes, my cpu start to over 50%, and the network Receiving up to 800+kb/s, it must be dgraph container downloading something and running something because the cpu down to 1% and reveiving down to 0kb/s as soon as I stop the dgraph docker container! When I restart dgraph container, after a few minutes, it start download something again!
It had up to downloaded over 3GB data…
BTW, I closed all other applications except the docker container and chrome, the cpu and network receiving still the same…
It’s very strange that when I stop dgraph container or chrome, the network and cpu back to normal. 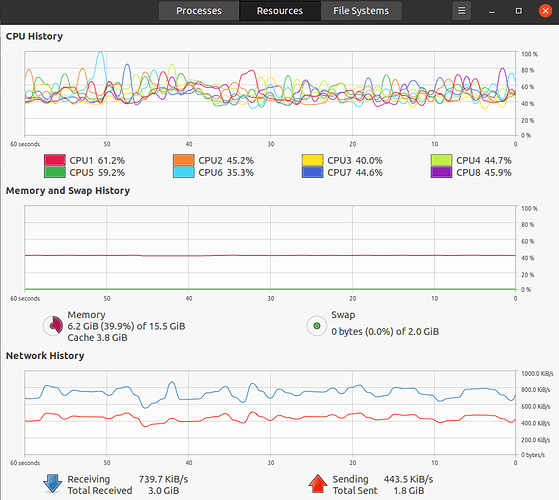 That’s why I close chrome or close dgraph container would work!
So the problem is the quick-startpage!!!

Thanks for the question, and I’m glad that you solved the problem.

IAC, what he standalone runs is 1 dgraph alpha, 1 dgraph zero, and ratel, which I think is static files served by nginx.

This questions should be at Users/Dgraph not GraphQL. Moving it.