Concurrency: How to limit the edge count to a given number?

I recently described a game scenario where a game is initiated by a player and then the first other player who subscribes to the game will play it.

The structure is basic : nodes for games and players, and a player predicate from a game to a player.

I don’t know how to use upserts in that scenario, as it only applies to indexes on literals, and it could generate a lot of aborted transactions as there will be (hopefully) a lot of game creations and subscriptions.

My current solution is to add a nano-timestamp as a facet to each player predicate and then only keep the N firsts to subscribe based on the timestamp.

But I can imagine a scenario where it fails, I’m just not sure it can happen.
Here is such a scenario with games allowing maximum 2 players:

Does this can happen?

I found a solution that might work just fine and I cannot think about a scenario where it fails.

Instead of using timestamps, I will use dGraph new UIDs as tokens for subscribers to games and only keep the N first tokens based on the UID value. 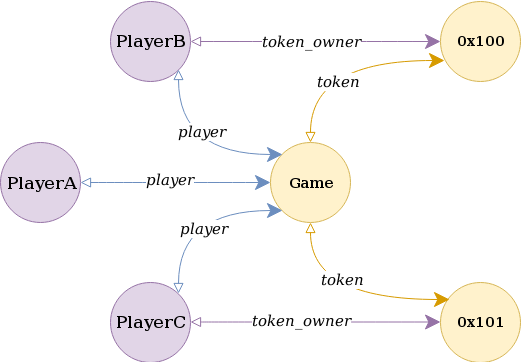 Of course this as to be well tested, but it is not easy to do so.
I will write massive parallel tests for my API and see if it works.