Hi,
Is this possible to solve by GraphQL Auth?

Given an authentication mechanism and signed JWT, it’s the @auth directive that tells Dgraph how to apply authorization. The directive can be used on any type (that isn’t a @remote type) and specifies the authorization for query as well as add, update and delete mutations. In each case, @auth specifies rules that Dgraph applies during queries and mutations. Those rules are expressed in exactly the same syntax as GraphQL queries. Why? Because the authorization you add to your app is about t… 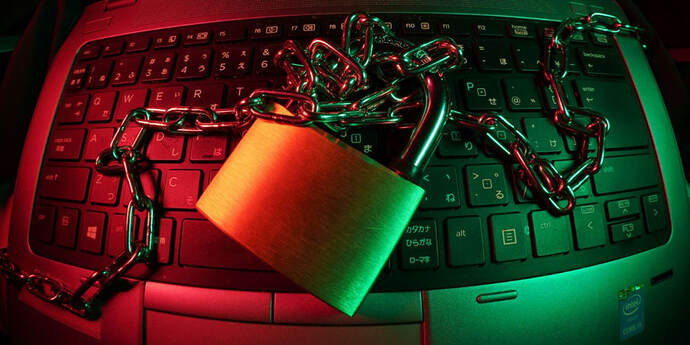 What if I told you, that you could have one of the most advanced auth built into your GraphQL API...

Thanks, but in all those examples the @auth scope is the whole object. How I can scope @auth on the field ‘status’ from my example? In other words, I as admin of my application would like to prevent the user to change his ‘status’ field but allow him to add Todo.

I’m assuming you have more fields for the User type. Because you could lock down this type with @auth rules to only allow mutate by admin which would make the username and status only mutable by an admin and then allow the Todo type to be created/updated/deleted by the direct owner which with the hasInverse directive will keep the edges balanced. So yes, this very simply example is possible you just have to add/update/delete the Todo and not update the User.

What is not possible without some linking-node work arounds:

You pretty much can only do what you want right now with a custom mutation. This is IMHO the biggest missing feature with DGraph.

How to achieve field level auth at the moment? GraphQL

I will explain my issue, but first let me tell you a quick overview. I am creating a POC for a new project which has little bit similar functionality to the DevJokes Example repo here - graphql-sample-apps/dev-jokes at master · dgraph-io/graphql-sample-apps · GitHub My Frontend is going to be connected to the Slash GraphQL directly and there is no server in-between. to summarize, Users would be able to post stuff that needs to go through an Approval Process. this is present in the example lin…

@aman-bansal - I know you guys have been busy with v21.12, but I just want to make sure it is still being worked on, and there are some new things I realized you need to consider: The update-after-auth directive needs to validate the complete data set of data from what the database WOULD look like after the update – it should not just validate the incoming data like add does. a. That means it should be a compilation of the current data merged with the update data. b. This also means the fiel…

Now, I have to make an object:

I do not know if this is a solution since it is not possible to filter the nodes by the edge. So, how the ‘queryUser’ auth query would look like to allow an update for the user with status 0?

work arounds to situations like this do indeed create additional problems that need even more workarounds.

So, how the ‘queryUser’ auth query would look like to allow an update for the user with status 0?

Note this is not the most efficient method and it would be better if we could do:

If I have a User type in my schema and I want to do a auth check against that user to access a type, but that user is not related to the type, there is no way to do that. The auth query rules are limited to the query of the type to which the rule applies. What would be nice is if I could use the JWT to do a query based upon a predicate attached to the user. This would allow me to revoke JWTs or even an entire user using just the database and rules. For instance I give the user a JWT with thei…

Thanks.
The interface auth would be a nice solution, but the object inherits auth from the implemented interface to my disappointment.

What would the efficient solution be? Since the admin-controlled ‘status’ predicate is very important and is mandatory to most of the nodes?

I can see 2 options:

and then User type would be modified by admin, while UserProfile - by the user.

What would the efficient solution be?

So first the inefficiency explained. Auth rules work by checking for the existence of the inner fields which under the hood uses the same process as @cascade so if all fields requested in the rule exist then it equates to true.

But @cascade is inefficient because it is a post query process in the query plan. There is a query plan even though there is no query planner at the moment. This is just understood that the query always follows the same plan, maybe some day we will have a DQL query planner that will make this better. See for reference: Query Planner. Back to the topic at hand. The main problem with cascade is that you could have a rule that queries ALL nodes of a type with deep edges to appease the rule, when more efficiently would be to write the most efficient query to get a truthy value.

Take these triples and imagine we had a few more million users to go along with it, but only these two status nodes. If you wanted to efficiently query the users with the status equal to 0 you would not start at the users, traverse to the filtered status and then post query process to filter those users out. No, instead to be efficient you would start with the smallest universe which would be the filtered status and traverse to the users, and then use those users to appease the rule.

This really gets nitty gritty though because depending on how in GraphQL you filter your query and depending on the data layout, this might actually be less efficient.

So again I reference the link above to the query planner if you want more of my thoughts about the complexity of actually making queries more efficiently which depends on the data, and how do you know the data until you make the query.

hehe, you asked for efficiency and @amaster507 answered…

I can see 2 options:

This will not work as expected, since you cannot prevent the @hasInverse field from being updated, which keeps the app unsecured.

Your only workaround here is to create a custom mutation that can just update the user information with dql, and lock the whole field otherwise to admins-only. This is why @zmajew is completely right on this thread.