Value variables a litte more explained? I have got a misunderstanding

Hi, e.g we have this schema: 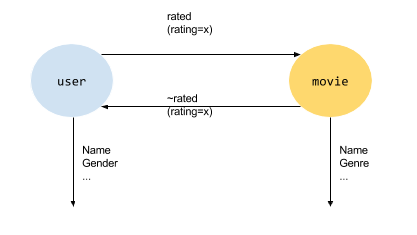 now we have the query

can someone explain to me,
what exactly this block is doing:

I of course know it calcs the average rating for every movie, but I don’t understand that block exactly happens inside there

my assumption:
with has(rated) we get all users that ever rated something.
then we save all movie uid within allmovies for later. Question: duplicates are just overwritten, right? since some users of course rate the same movies.

then we count how often the movie was rated, and save it to the variable c. is that correct?

So, where exactly is the average rating for every movie calced now?

I know it has something to do with the value variables, since they get sum up in nested queries. But i dunno how that happens now. Maybe avg is a sum of 0.02 + 0.02 + 0.015 + 0.01 and so on; which does not make any sense. So I have a knowledge gap in my understanding of value variables. can someone explain it to me? 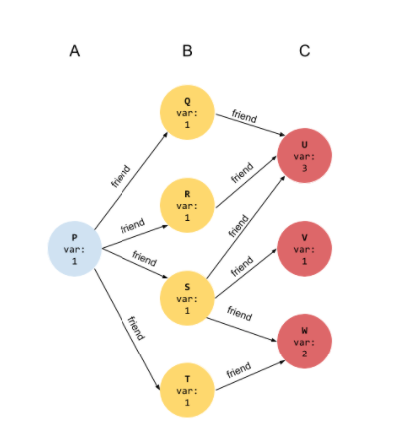 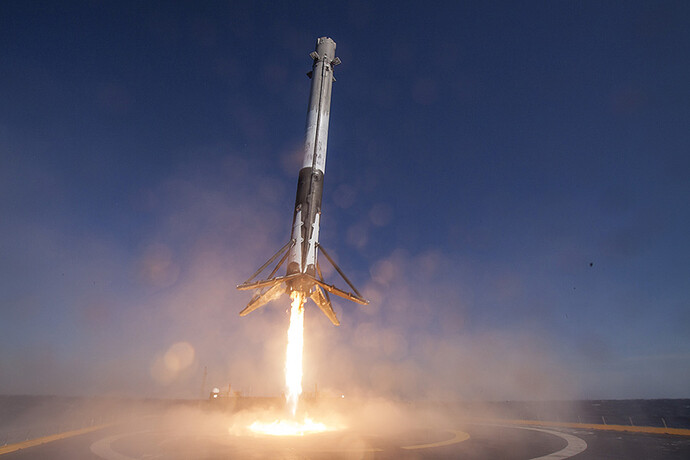 Preface In today’s world, user experience is paramount. It’s no longer about basic CRUD, just serving user data; it’s about mining the data to generate interesting predictions and suggesting actions to the user.

Wait I think I got it

so i think my misunderstanding is, when edges get executed/the edges get traversed. can someone maybe explain that to me?

I thought when dgraph retrieves fields, and then comes to an edge, it automatically fetches that edge instantly.

So, does dgraph/DQL first query all fields, and then fetch the edges? that feels wrong to me…

I feel that it automatically instantly fetches edges. So therefore avg is just overwritten 100 times. is that correct?

but avg getting overwritten also feels quite wrong. maybe it’s a map of values? but that is also false I think

Question: duplicates are just overwritten, right? since some users of course rate the same movies.

Isn’t possible to have duplicates when you have UID base. If in that block there are for some reason 10 nodes with the same UID, it will be ignored and treated as a single node/entity.

since some users of course rate the same movies.

The logic is isolated by hops. e.g. If 10 people rated “Toy Story 1”, it won’t be ignored and treated as one. It will be sumed and give it 10. Cuz there are levels/hops between the root and the nested. In general, only the root objects are kind of “merged”.

so i think my misunderstanding is, when edges get executed/the edges get traversed. can someone maybe explain that to me?

I don’t get the question.

So, does dgraph/DQL first query all fields, and then fetch the edges?

I don’t understand what you mean. Edges are “fields”. An edge is part of a node, which is a compound of a “key and a value” along with UID. There are value edges and relational edges.

Dgraph will search only for the Root params of the Root query. The

The logic is isolated by hops.

This is basic dgraph behaviour that should get explained more/better in the docs, or maybe shown with some examples, so that beginners like me won’t have problems understanding value variables (becaue of lack of basic knowledge). Anyway, I created a gotcha in the discord channel explaining that basic behaviour knowledge

Okay, don’t take everything for granted. Because I didn’t understand everything you said. Just some parts.