The codename for Dgraph 20.07.x series would be Savvy Shuri. 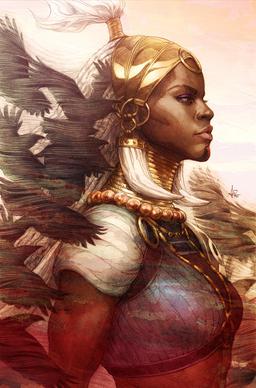 The choice of using the fictional character Shuri is inspired by the BlackLivesMatter and Feminism movements.

Shuri is a princess of the fictional African kingdom of Wakanda. She is the daughter of T’Chaka and sister of T’Challa, who is the king of Wakanda and the Black Panther, an earned title and rank given to the paramount chief of the nation. – Wikipedia

To refer to a patch release, the adjective can be dropped and the number of the patch appended after “Shuri.” For example, to say 20.07.1, you could refer to it as “shuri-one”.

I’ll just stick to 20.07.x then. I’d like to keep my development world separate from my political world.