I just accidentaly encountered graphql.dgraph.io from a forum answer, and it seems to be a major feature, why isn’t it ever mentioned on the main website ?. I spent months building a graphql api atop dgraph, and this could have helped make the job easier. Yet for some reason there isn’t even a link connecting the documentation pages to graphql.dgraph.io.

Hi, glad you like the features. Please use and let us know how you go.

We did post a blog announcing our GraphQL features in late October.

Currently, those features aren’t in a Dgraph release, we’re moving fast towards that and you’ll see those docs improve and more links to them when that happens.

So is this only available if you use the docker image dgraph/standalone:graphql? Can’t use this through the shell script install method?

Is there a roadmap for getting it into releases? Is it something that is planned for Enterprise only, or will it be part of the community release?

Hi, GraphQL support will be part of the free features pretty soon - should be early next year.

Hi, this seems nice for simple crud ops. Are there any hooks planned, so that you can customize the queries wich are performed against dgraph? auth, filtering, additional queries before/business logic?

@michaelcompton is there any update on GraphQL in DGraph?

The standalone GraphQL docker image hasn’t been updated for ~2 months.

Theoretically, it sounds all good on paper, but but practically, I tried to assemble a deployment.yaml for Kubernetes and it really is a major PITA. Apparently, there are no regular GraphQL builds or docker images. When scrolling through GH, the most recent branch seems to be the mjc/graphql.

Looks like, I have to build from that source to build an up to date docker image myself.

Is that the normal way of handling a feature preview in DGraph? 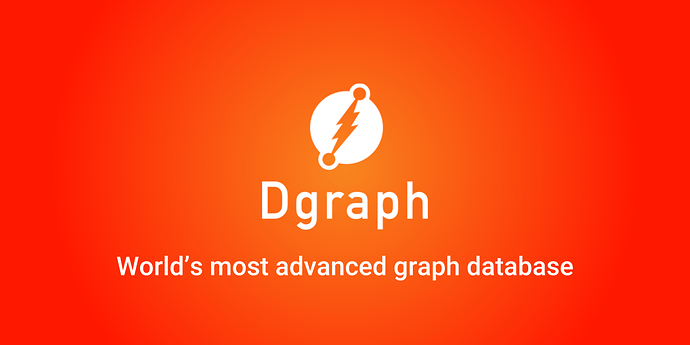 @stroboshaver yes we have plans for custom logic and customising the actual GraphQL± queries that get run … look out for these in the coming months.

@marvin-hansen Hi, yes we built out that support on a set of branches so we didn’t pollute master before we were ready to release. mjc/graphql has now been merged to Dgraph master, so it’ll get released real soon now.

@michaelcompton FTW - awesome! You are the hero of the day!

The new v.1.2-rc1 release comes with a bug that prevents alpha nodes to connect with a running zero instance, as reported in the GH issue:

Thanks for reporting it. Looks like it was a docker networking issue.

Solved on the linked Github issue.

@michaelcompton Thanks a lot for your work on the GraphQL stuff. This Docker issue was relatively quickly resolved with a new Docker compose file. I saw a lot of buzz in the GH commit log recently, and the last time I pulled the docker container build from the master branch, a lot of stuff has improved.

I understand GraphQL support is relatively new, still in the making, and may need some more work, but what I saw yesterday was pretty encouraging.

Thank you for all the amazing work & ongoing effort!

Hi,
while messing around with the current implementation of your query and mutation rewriters
two questions arised:

Hi, thanks for the question.

i messed around with the graphql package on the master branch.
How ever i ran into multiple issues.

Thanks you for your great work so far!

Hi, thanks for your detailed comments and questions

For (1), I’m not sure what you mean? Introspection responds with the full schema, scalars, your types, and generated types. Do you have a particular query that’s returning an incorrect result.

For (2), You’ve mentioned some interesting ideas. Our first release won’t have support for custom logic through Dgraph. We are expecting to work on adding that support in the future.

For (1): Thank you very much - indeed my query was wrong and it did not report the queries and mutations correct. Now i can grab the whole schema in graphql or json format correctly from the respective endpoints. Codegen client side works fine, too.